What tires the mind is apt to be a computer task: finishing an article by a deadline; sorting a year’s paperwork for taxes; doing something about enough email so that what remains in the inbox will fit on one screen. 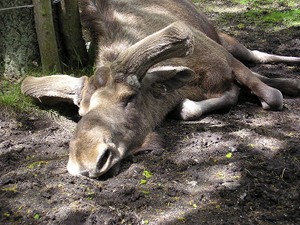 I work at it until I can do no more, and then what? I could walk outside or work out at the gym, or see if someone wants to meet for a cup of coffee. But in the moment I consider what might be possible, I am sitting before this lovely, powerful device that connects me to worlds beyond my reach, facts I don’t know, and a universe of possibility through its colorful screen.

Computer games lurk a few keystrokes away. Think of it: I don’t have to move, and in less than a minute I shall be delighting in the easy elegance of this device. But I haven’t done well at the games I’ve tried, or cared much for them. I’ll admit my incoordination and inexperience, but stand up for my gloomy sense that such play wastes time and attention, and therefore life. (Before you dismiss my attitude as a loser’s whine, remember that I had sufficient sitzfleisch for medical school and dexterity for orthopaedic surgery.)

I did get caught up in computer mahjong solitaire, where I found something soothing in applying my full attention to a puzzle that was simple but not easy, and surprisingly satisfying when won. 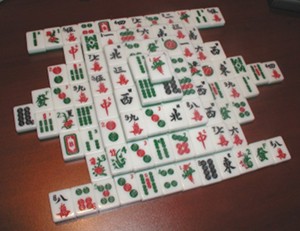 The swoosh sound the virtual pieces make when they disappear from the board has a certain appeal. But I tired of it, even though it reminded me of my brief flurry with real mahjong, when the physical tiles in their leather box possessed some of the shiny appeal of my computer.

People I love and respect play solitaire games a lot, computer and otherwise. My better half recovers from writing lectures by playing Sudoku, or solo computer Scrabble; as I write she is sharing a new enthusiasm for KenKen with one of the twin house guests whose presence has kept me from blogging for a week. They are amused and absorbed, but I have found something I like better.

A search for a passage I wanted to quote from a book I read when I was ten led me to Project Gutenberg, from where I discovered Distributed Proofreaders. As they scan old books which have passed out of copyright, they need the texts to be proofread to correct errors in the OCR output. You can volunteer to do some on line, at your convenience. (It’s the same kind of sharing as the SETI@home screensaver, which you can think of as the same kind of relief for your computer’s mind.) Distributed Proofreaders shows you how to do it. A page or two takes about as long as a game of mahjongg, and demands the same kind of attention. For me, it provides a similar satisfaction when I win (i.e. finish a page). You can do as little as a single page or as many pages as you want. And participation offers two additional rewards. 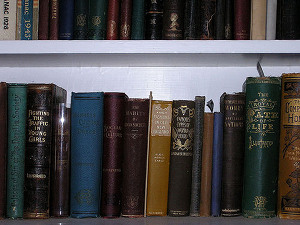 First, you get to read about something you might never have dipped into otherwise. In the few weeks I have been doing this I have read from Experiments on Animals, The Recollections of Alexis de Tocqueville, Principles and Practice of Fur Dressing and Fur Dyeing, Metapsychical Phenomena and Lorenzo de’ Medici, the Magnificent—among others. And second, what you accomplish when you finish a page helps the world in a way that playing with images that disappear when you are done does not. Try a page; you might like it.

One Reply to “Rest for the Tired Mind”