When the Dow put its toe over the (arbitrary) 12,000 line I was reminded of how much I valued the wisdom I found some thirty-odd years ago in Mamis and Mamis’s When to Sell. Their subtitle is Inside Strategies for Stock Market Profits, but I thought then, and see even more clearly now, that what they had to say should be proclaimed no less on Main Street and Pennsylvania Avenue than on Wall Street.

The authors’ main point is that amateur investors are most comfortable sitting with losses because they cling to the hope that the stock they bought would go up rather than see its decline for what it is, evidence that the stock is not doing what they supposed it would do. Hope is not a strategy. “By not selling,” they write, “by tightly holding on to his stocks, the investor never has to face reality.” 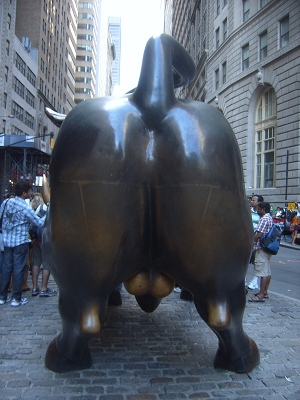 This is not to say that the wise investor must realize every small loss that comes his way, or that he should cash in every small gain—only that he must acknowledge that the changes are real. The price of my stock or my soybeans may go up this afternoon, or it may go down, but right now it is what it is, and that’s all I can get for it, and it might be better to take that than to lose more. The past is gone and the future doesn’t exist. You have to decide without being certain, and sometimes you will be wrong.

I read When to Sell for the first time during an unhappy year toward the end of a marriage. Waist-deep in unhappiness, shame and lawyers, my commitment to the idea of (permanent) marriage remained deeper and wider than the commitment anyone would make to a stock, which should be no more than the money one paid for it. But wishing and hoping had not made things better, so I moved on.

Beyond the personal, the authors recognize the application of their idea to the political. With regard to Viet Nam, they quote Peter Bourne to the effect that

“The overwhelming desire for the success of policies to which a strong emotional attachment has been made also leads to an attempt to alter those facts over which one has control, making them consistent with the outcome that is desired. It is as though there is an expectation at a magical level that events over which one has no control will then also fall into the desired pattern.”

More precisely, it is not the facts, but the selection and report of the facts that a public figure may control. 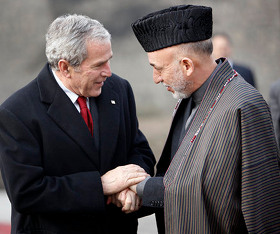 When the audience is the nation, when the motive to control morphs from a hapless hope for magic through passivity before the momentum of past decisions to a wicked wish to impose a personal goal on everyone else, decisions get made that don’t serve the people who pay and bleed for them.

Even though a member of the body politic may not be privy to all the intelligence the president has about bank regulation or Afghanistan or global warming, she has the right, even a certain obligation, to consider what she does know and form an opinion. The real control the small investor has over his stocks is not over what the price is, which is the fact of the situation, but over whether or not he sells. In regard to matters not of stocks but of state, the citizen who thinks it’s time to sell or prefers we go the distance need not wait for a phone call from a pollster to express that opinion. She has a vote, but need not wait for an election. Anyone with a pen or a phone can let elected representatives and editors of newspapers and their friends and their networks know what they think.