I let a couple of days pass without writing anything because my feelings of uselessness in retirement were gnawing at me. Weeks slipped by, but a remedy turned up.

Two years ago I accompanied my wife on a sabbatical to Lucca, in Tuscany, where we went to school to learn some Italian. 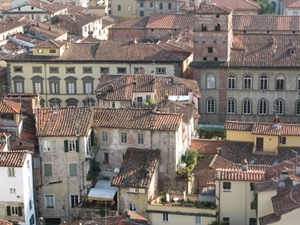 The method by which the Koinè Center taught us was communicative: all Italian, generous encouragement to speak, little correction of errors as long as what we said was comprehensible. After three months I came away with enough language to converse with a patient native speaker, read the newspaper and derive something (though at times not much) from Italian talk radio. To Italians who, hearing my American accent wanted to exercise their English, I explained, Sono qui per imparare l’Italiano, and they would graciously let me have my way.

Once we got home, lest I lose what I didn’t use, I read and discussed La Coscienza di Zeno with a retired Italian teacher, and wrote little stories for him, until he went back to Napoli for the summer. I replaced those lessons by joining a Meetup group of Italian speakers, where I met a woman who had lived in Italy and Spain, spoke those languages fluently, and made her living teaching English as a second language by what, she explained, was the communicative method my Italian school in Lucca used.

What was teaching like? How did she get into it? We chatted in Italian, and afterwards in English. She started in Europe with no more qualification than being a native speaker, but there are courses that teach you how, and give you a certificate. Hmm… Might I sit in on a class to see what it’s like?

Over these weeks I have visited free ESL classes for new immigrants in a public school as a guest fly-on-the-wall, and visited a TOEFL preparation class a member of my writers’ group teaches at a nearby college. I get it: the victories and humiliations of my months in Lucca helped me understand what was going on and appreciate the teachers’ grace and professionalism. 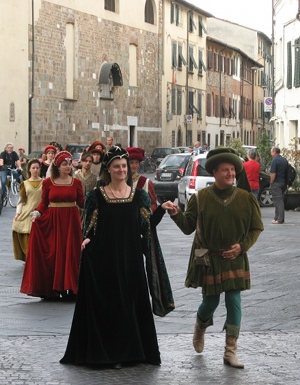 I wanted to do it myself, so I visited, applied to and interviewed at three schools around the city that teach you to Teach English to Speakers of Other Languages (TESOL, which is about the same as Teach English as a Second Language, TESL, and Teach English as a Foreign Language, TEFL). The courses run full time for four weeks, certify if you pass that you know how, and cost two and a half times my 1963 medical school tuition.

I might have signed up on impulse for one that started four days after my visit, but I have given hostages to fortune: commitments to be places, do things, travel on non-refundable airline tickets. While I mulled the possibilities, the teacher at the free ESL class dubbed me a volunteer sort-of-teacher’s-aide, and let me teach part of a lesson. I thought it would be easy, but I mistook where the class was, tried something a bit too hard, and felt I’d bombed–but (after she had tidied up the mess I had made, with aplomb) she said that everyone does that at first, and not to worry.

For now I shall continue to sit in, and study my calendar for the fall. Stay tuned.

One Reply to “A Taste of TESOL”